A study released earlier this month links gum disease (periodontitis) to rheumatoid arthritis (RA). Although this connection has been previously speculated on by dentists and scientists, the reason for the connection has remained unclear. However, the study, lead by a group of researchers from the University of Louisville School of Dentistry Oral Health and Systemic Diseases, identifies the specific bacterium responsible for periodontitis and a worsening of RA. 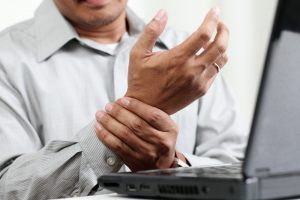 The bacterium, Porphyromonas gingivalis, leads to a faster progression and earlier onset of RA and its symptoms. The bacterium does so by producing an enzyme that then enhances the arthritis which causes bone and collagen destruction.

The team of researchers, although excited by having found what looks like a definite connection, say the link must be backed by further research. The team of scientists said that this newly discovered link could possibly lead to new treatment options for RA and better prevention. Periodontal disease is nearly twice as common in patients with RA.

The following are common symptoms of periodontal disease:

If you are experiencing any of these symptoms call and make an appointment with Dr. Arzegar of the Lifetime Smiles immediately. Periodontal disease has serious consequences if left untreated.