This week the American Association for Dental Research published a paper concerning the rumored increased risk for hip fracture that results from drinking fluoridated water. The study looked at the effects fluoridated water can have on bone strength, by studying a large group (almost half a million) of Swedish participants who have been exposed to fluoridated water all their lives. 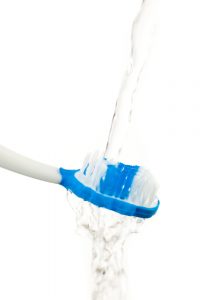 Scientists who worked on the study said that the study is a good start to looking at the possible negative health effects fluoride consumption or the use of fluoridated products can have.

Many people who could benefit from the positive effects of a fluoride component like:

However, fluoride is rumored (in addition to hip fractures) to put consumers at risk for various health conditions. The controversial nature of fluoride and the use of it in products and water, is a result of no real hard evidence pointing in either way. People do not know what to think about fluoride and have nowhere to look when they’re trying to decide what they do think. Instead they rely heavily on what those around them feel and express and accordingly most opinions about fluoride are arbitrary. Studies like this one help give people real evidence to base their beliefs on!

If you’d like to discuss your fluoride consumption with a dentist call Dr. Arzegar of the Lifetime Smiles today and schedule an appointment.